The revolution will be fertilised

…an activists equivalent of “keep calm and carry on”, the refrain “the revolution will not be televised” has a cadence which resonates across generations. The small talk of Gil Scot heron’s message was a list of what would not be present in our revolutions, no xerox deliveries, no sitting home in wait, and no politicians and celebrities to deliver what is earned, no monsanto artificial fertilizers or herbicides. The revolution is the event which happens live and requires your full participation. When in the thick of future making, thinking in revolution is the flickering starlight of an smog eclipsed backdrop.

The revolution is respite from what is to come, where we must go to, and what we must accept in our present. In her 90s cyberpunk classic “The parable of the Sower”, Octavia Butler feeds us the nearest future of worst possible conditions. These conditions are seasoned with a human spirit seeking to endeavour and accept change,and in the meantime live in compassion and in love. In a world of complete environmental depletion, authoritarian and fascist state rulership, where the deep trenches of class, race, sexuality and gender lay at their lowest depths, Butler fashioned a world that is awfully familiar.

The story traces protagonist Lauren Oya Olamina, as she matures into a world of growing conflict. As an empath, and a cultivator of crops, Olamina similarly cultivates a cosmology of change and compassion, embodied in her cult Earthseed. In spite of ecological violence unfolding in every avenue, Butler draws an assemblage of people facing complexity, facing desolation, and still choosing to nurture and support one another. The group Earthseed dismantles the fission of desperation and repatriates humaneness onto refugees across America.

The context of ecological destruction pulls the lessons of the past through our present and precariously onto the future. What world is there to live for, if compassion, honesty and responsibility are thrown out of the conversation? Butler urges in the story, that an acknowledgement of our differing needs equips us as best as possible from the colonising, monopolising, and homogenising powers, who profit from climate change and disasters which ensue. There is no longer a majority of climate change deniers, only the masses of people paralysed by their inability to undo something which is so far beyond any one being, and the climate igniters, who throw ancient remains onto the fire and breathe in profit.

I’m moved quite often but more so recently I was moved by the idea that form is something to be found and sculpted in the “natural world” which surrounds us. The symbiont between humans and trees is used in recurring warnings and reassurances of environmental balance. We excrete carbon dioxide, and absorb oxygen, analogous to our tree companions who take in our waste CO2 and provided us with the air we need to breathe. But losing trees to the stressors of increased heat, increased logging and increased violence suggests that we are losing our connection with “nature”. I’m left to wonder what nature really is, and how rupturing its neglect has become. we are disconnecting with the life around us, but we needn’t distinguish that as nature and human as not.

The largest gardens of our world are the forests, worldwide the genius of cultivation is demonstrated by tending to trees, and the dividie of people into their homes obfuscates the processes of nature making. Trees don’t just exist, for much of our history they are planted. And the common sense notion of nature draws too hard of a line between what is of and not of nature. In the turn of the century we are submerged into the dire need for materialism. Materialism which melts our human life with its symbiont companions. The Amazon forest, filled to the brim with sweet nutritious Brazil nut trees, remains as the deposit of intentional feeding systems, thousands and thousands of years of human activity, livelihoods and existence shaped by relationships. The formidable presence of colonialism, quite literally, bulldozes any acknowledgement of sustainable life, of any claim to knowledge in the land, by depleting depriving and destroying. The process of colonisation destroyed the livelihood and remnants of life in the amazon prior to white encounter, the levels of murder and destruction allowed trees to grow to the point where we have known today. Sustaining human civilisation for over 11,000 years in pre-columbian land, Terra Preta, the indigenous systems of soil management embodied a technology of indigeneity and blackness which disrupts any notion of pristine nature. A capitalist and white supremacist treatment of history cannot disguise the truths which are stored within the earth, and as layers of soil are excavated, the structures which shape our ideas of earth too have their more superficial layers removed too. The complexity of human life with plant, bacterial, mineral and fungal life complicates the binary of natural and man-made, so how can our hands begin to grasp the black earth?

Each time human life is pushed from indigeneity, it is a push away from consciousness. For how long can you weep for the dead, before their form is consumed and repurposed to movement? For how long can you be moved down a stream before your river becomes impossible lakes? Across the world we witness the burning of forest land, throughout Africa, Asia and the Americas, the longer that land is left for the purposing of settlers, with no regard for sustainable consumption, the shorter the time takes for a series of feedbacks, hurtling the earth into a completely new epoch. As we learn in Butler’s world that protection is always inadequate when we build fences and walls to try to keep out the undesirable. Protection can only hold for as long we wish to fight for it or sustain it. Walls crumble and degrade, and the desperate will never simply disappear, their routes to safety become deadlier and their ghosts become louder, more vengant. Is it enough to speculate what horrors await “us” in future? Or should we recognise what is destroyed in our present? It’s exhausting to talk about a future we are losing, by way of fighting for no change in the anthropocenic conditions in our present and past. Inspecting closely what is being preserved is what qualifies the methods we choose to arm ourselves with.

Inspect firstly, who is “ourselves” and lastly when in history are “ourselves”belong.

In 1977, biologist and activist Wangari Maathai, recognised the need to seriously engage with the earth, and work with the earth to fight the forces of white imperialism and gendered violence. The women of rural villages in Kenya saw how cash crops like tea and coffee were robbing their children of food to eat and soil to grow their bodies alongside the plants. Starting the greenbelt, Maathai and her fellow women sought to resist land degradation by developing community relationships and feeding their children. Receiving an initial seed fund, the indigenous women of Kenya could maintain their trees sustainably, and conserve their rich lives against encroaching desertification. Fundamentally in Maathai’s radical and compassionate life, she saw her being-in-the world tied to the world which surrounded her, and shaped the material of nourishment, love and community.

“Nothing is more beautiful than cultivating the land at dusk…As you remove the weeds and press the earth around the crops you feel content, and wish the light would last longer so you could cultivate more. Earth and water, air and waning fire of the sun combine to form the essential elements of life and reveal to me my kinship with the soil.“

– from Maathai on pg 47 of Unbowed

We fight and we give and push and we stand in solidarity with the bodies who are fighting in the dirt pits of imperialism. But each night when I go to bed, the place I rest is within my reach, within my grasp, and I have to hold on boldly. For in the face of nothingness and chaos, I can only foster a conscious and material connection with what I can touch. What could I truly know of mourning, if I am already a corpse at the start of the process? If my interita is already in the dirt.

The process of placing yourself in the ground does not take a small step to sprout. Light particles shooting in from the surface, moving worms and centipedes asking you to budge, and the countless seeds around you fighting for water are spreading you out from the roots and up to the atmosphere. Your seedling takes will but it also takes consideration. Ask yourself from this enrobing soil, how can I unfold myself? Kathryn Yusoff tells us “In the struggle against forms of properties relation with the inhuman, different intimacies developed with the earth.” What intimacies can you pledge on and with the earth, day by day?

If we can spare the time to place our hands in the dirt, we can take upon the task of reterrotorialsing our status within the earth. The simple task of learning how to propagate a plant bearing fruit, learning about the plants suited to your geography, and diminishing lawn culture in favour of wild plants which comfort and support the pollinating fauna around you. Where it is possible, engaging with what has been stolen displaced and obscured from blackness, we can rightfully embrace a relationship with the earth, which is not founded simply in our labour. Naturally there are millions of black and displaced people as farmers, as farmhands, engaging daily with land. But the life of us in cities and in urban contexts desperately deserves an upheaval in terms of how we relate to the earth. A practise of decolonising our bodies, is engaging with the soul which is shared between peoples. Listen and learn the stories of those with great intimacies of the earth, and allow your spirit to move in the direction it is called. Not all aspects of fertilization are appropriate to us all, but there is an infinite amount of ways we can engage. My own praxis centralises listening, planting and spreading seeds where I can and taking my time to fight borders by any means necessary and accessible. I use my time to learn about the crops I can grow in my small plot, and how the types of planting can sustain biolife and reduce soil erosion. I share whatever produce I can with my family, my neighbours, critters in the garden and the compost bin My approaches to planting are new, but the co-production is millenia old. I mourn most of all, and I lament for which ancestors of mine have eroded and degraded too quickly and too violently.

I’ll finish this with some writing which I wrote in a trance, immediately after dreaming, it comes from a time where I believed that my ascendant was in pisces 🙂

Those beiges dreams are still caught on the edge of a wave.
Washing further out on the promenade,

but always a disruption for those who calmly try to stroll across the bay.

You always felt most power in this spot, I thought,

the sand which was proud in character becomes an unwanted host, a zombie to a parasite
when you roll away,

far back within your self,

un left impressions by which new travellers pressed their feet into my calm.
The grounding of new layers of sediment takes place in an uneven site,

sometimes which the resting cadavers of frantic crustaceans,

others with the resurrected shelter, of molluscs from the still world. 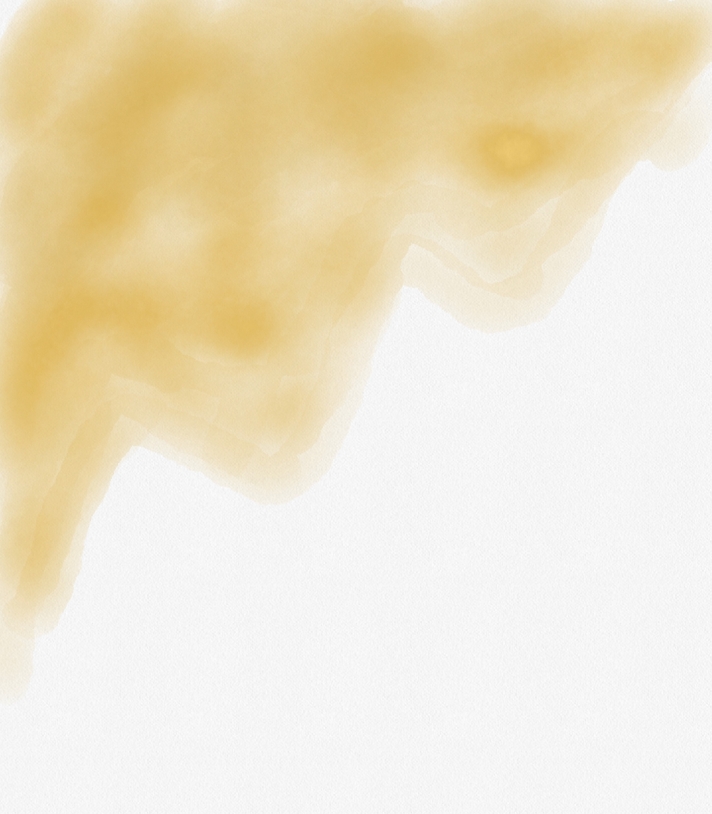 learnin View all posts by stanicrcowe